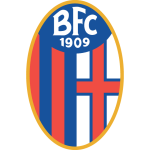 Bologna welcomes the Milan team at their stadium in a match of the 20th round of the Serie A championship.

Bologna is in the middle of the standings in 13th place with 22 points won. They earn their points mainly at their stadium, where they have not lost in three consecutive games. They have also scored at least one goal in their last five home games. Bologna managed to score only five points from the previous five rounds in Serie A.

If they want to keep first place in the standings, Milan will have to win this match. After suffering two consecutive losses from Atalanta with 0-3 in the championship and from Inter with 1-2 for the cup, they will want to realize after leading 1-0.
Milan has not lost as a guest in nine consecutive games and has won nine of their last ten games with this opponent.

The prediction for this match is:  Milan win.

1XBET offers one of the highest odds for this bet. If you do not have a registration, you can do it HERE and take advantage of a bonus of up to EUR 130 with Bonus Code: TIPY1X2.
Milan Win
1.85