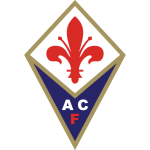 Fiorentina hosts Inter in a match of the 21st round of the Italian Serie A.

The hosts have not lost at home in the last six games, and now they will try to continue this trend. In four of those six games, the Violets finished without a winner. In the previous round, Fiorentina missed the victory in the end, although they played with two less - after receiving two red cards. Punished players are Nikola Milenkovic and Gaetano Castrovoli, which will make it difficult for the hosts.

The draws are also well known to Inter Milan after they ended in a draw in their last two away games - against Udinese 0-0 and Roma 2-2. Inter will try to climb to first place in the standings, but this goes through a mandatory victory against Fiorentina, which will be a very difficult task for the guests. In four of the last eight matches between these two teams, they ended in a draw, with the most common result being 1-1.

Prediction for this match: Fiorentina win or draw and for fans of high odds can bet on a correct score 1-1

Bet365 offers up to 70% more winnings when betting on Seria A matches and Europe's elite in a straight column. You can learn more about the promotion by clicking here . 18+ REASONABLE GAME.
Fiorentina win or draw
2.57